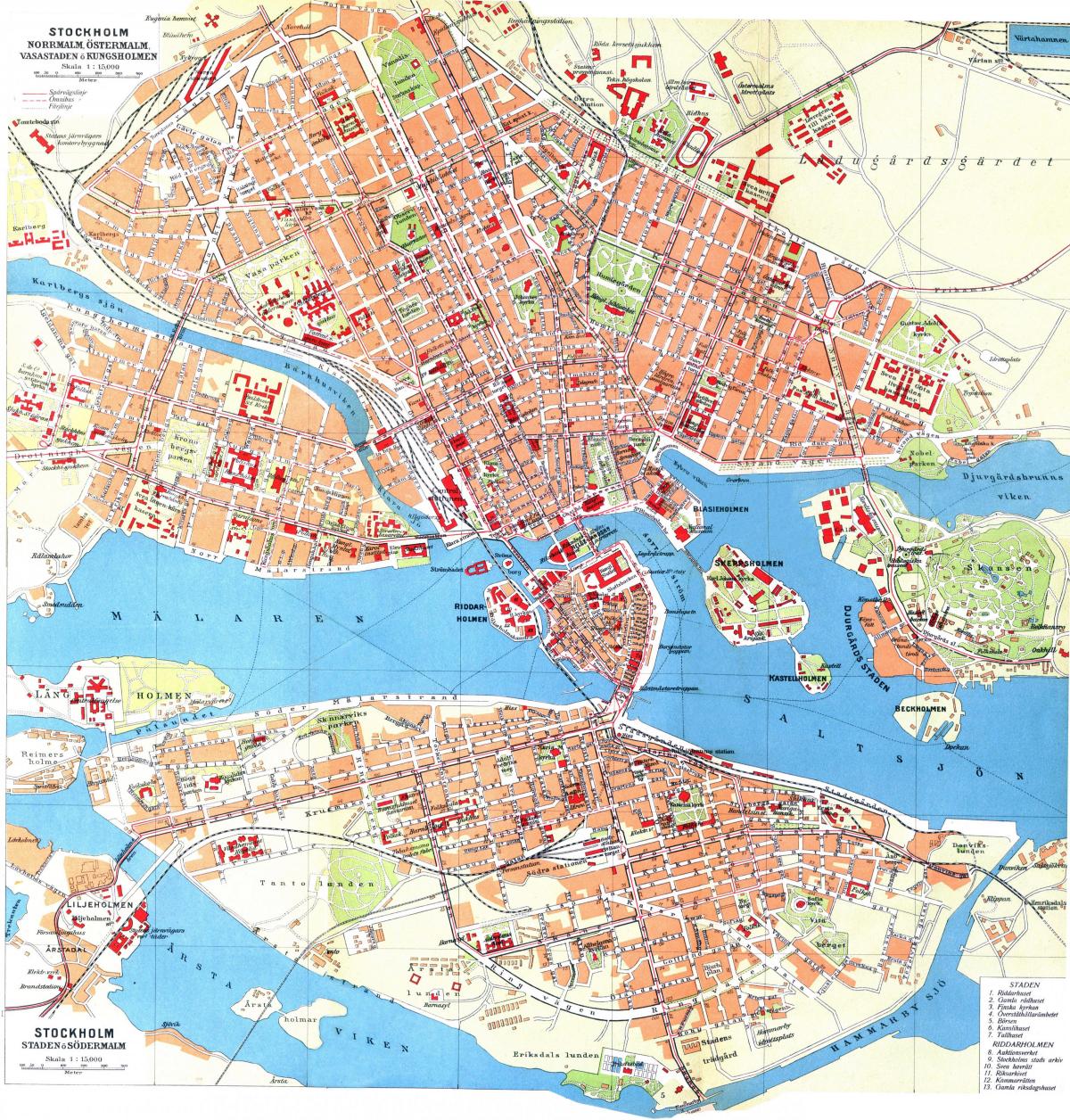 Stockholm historical location appears in Norse sagas as Agnafit, and in Heimskringla in connection with the legendary king Agne. The earliest written mention of the name Stockholm dates from 1252, by which time the mines in Bergslagen made it an important site in the iron trade as its mentioned in Stockholm historical map. The first part of the name (stock) means log in Swedish, although it may also be connected to an old German word (Stock) meaning fortification. The second part of the name (holm) means islet, and is thought to refer to the islet Helgeandsholmen in central Stockholm.

Stockholm core of the present Old Town (Gamla Stan) was built on the central island next to Helgeandsholmen from the mid-13th century onward. The historical city of Stockholm originally rose to prominence as a result of the Baltic trade of the Hanseatic League. Stockholm developed strong economic and cultural linkages with Lübeck, Hamburg, Gdańsk, Visby, Reval, and Riga during this time as you can see in Stockholm historical map. Between 1296 and 1478 Stockholm City Council was made up of 24 members, half of whom were selected from the town German-speaking burghers.

The strategic and economic importance of the city made Stockholm an important factor in relations between the Danish Kings of the Kalmar Union and the national independence movement in the 15th century. The Danish King Christian II was able to enter the historical city of Stockholm in 1520. On 8 November 1520 a massacre of opposition figures called the Stockholm Bloodbath took place and set off further uprisings that eventually led to the breakup of the Kalmar Union as its shown in Stockholm historical map. With the accession of Gustav Vasa in 1523 and the establishment of a royal power, the population of Stockholm began to grow, reaching 10,000 by 1600. 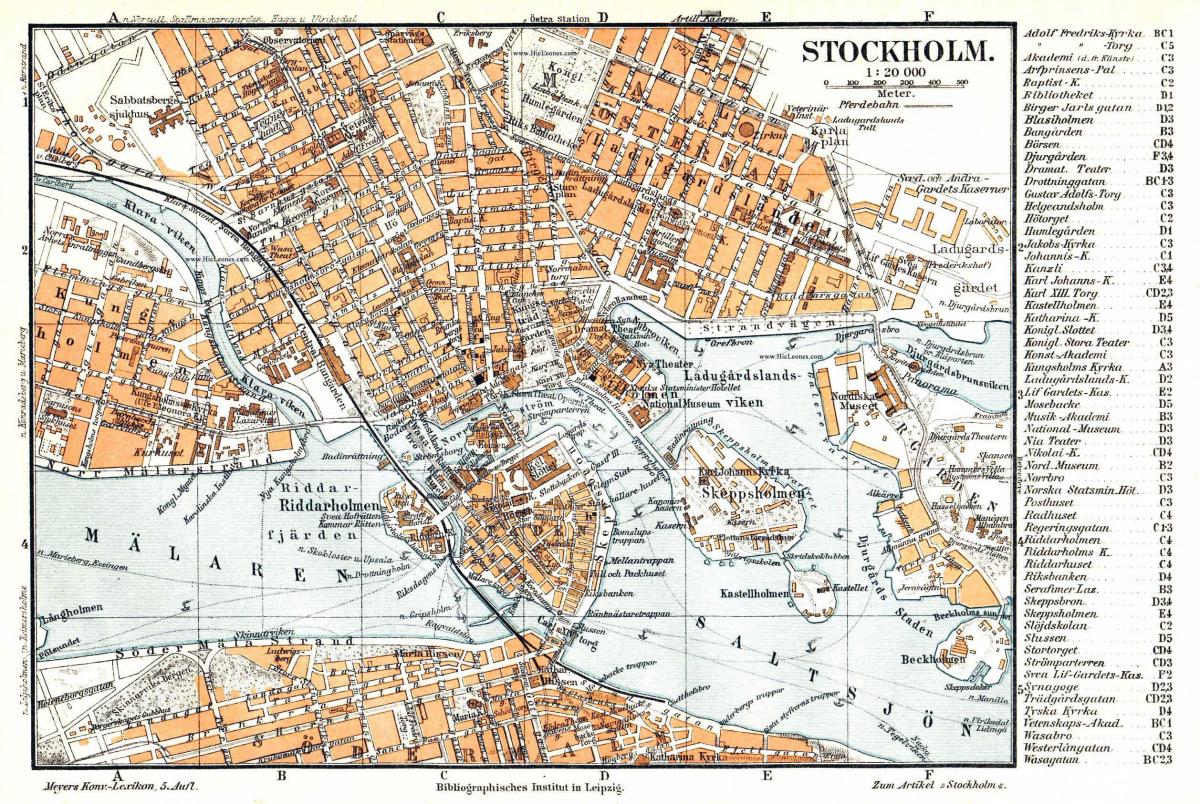 The 17th century saw Sweden grow into a major European power, reflected in the development of the vintage city of Stockholm. From 1610 to 1680 the population multiplied sixfold as its mentioned in Stockholm vintage map. In 1634 Stockholm became the official capital of the Swedish empire. Trading rules were also created that gave Stockholm an essential monopoly over trade between foreign merchants and other Swedish and Scandinavian territories.

In 1710 a plague killed about 20,000 (36 percent) of the population. After the end of the Great Northern War the vintage city stagnated. Population growth halted and economic growth slowed. The city was in shock after having lost its place as the capital of a Great Power (see Stockholm vintage map). However Stockholm maintained its role as the political centre of Sweden and continued to develop culturally under Gustav III.

By the second half of the 19th century, Stockholm had regained its leading economic role. New industries emerged and Stockholm was transformed into an important trade and service centre as well as a key gateway point within Sweden. The population also grew dramatically during this time, mainly through immigration. At the end of the 19th century, less than 40% of the residents were vintage Stockholm-born. Settlement began to expand outside the city limits. The 19th century saw the establishment of a number of scientific institutes, including the Karolinska Institute as you can see in Stockholm vintage map. The General Art and Industrial Exposition was held in 1897.