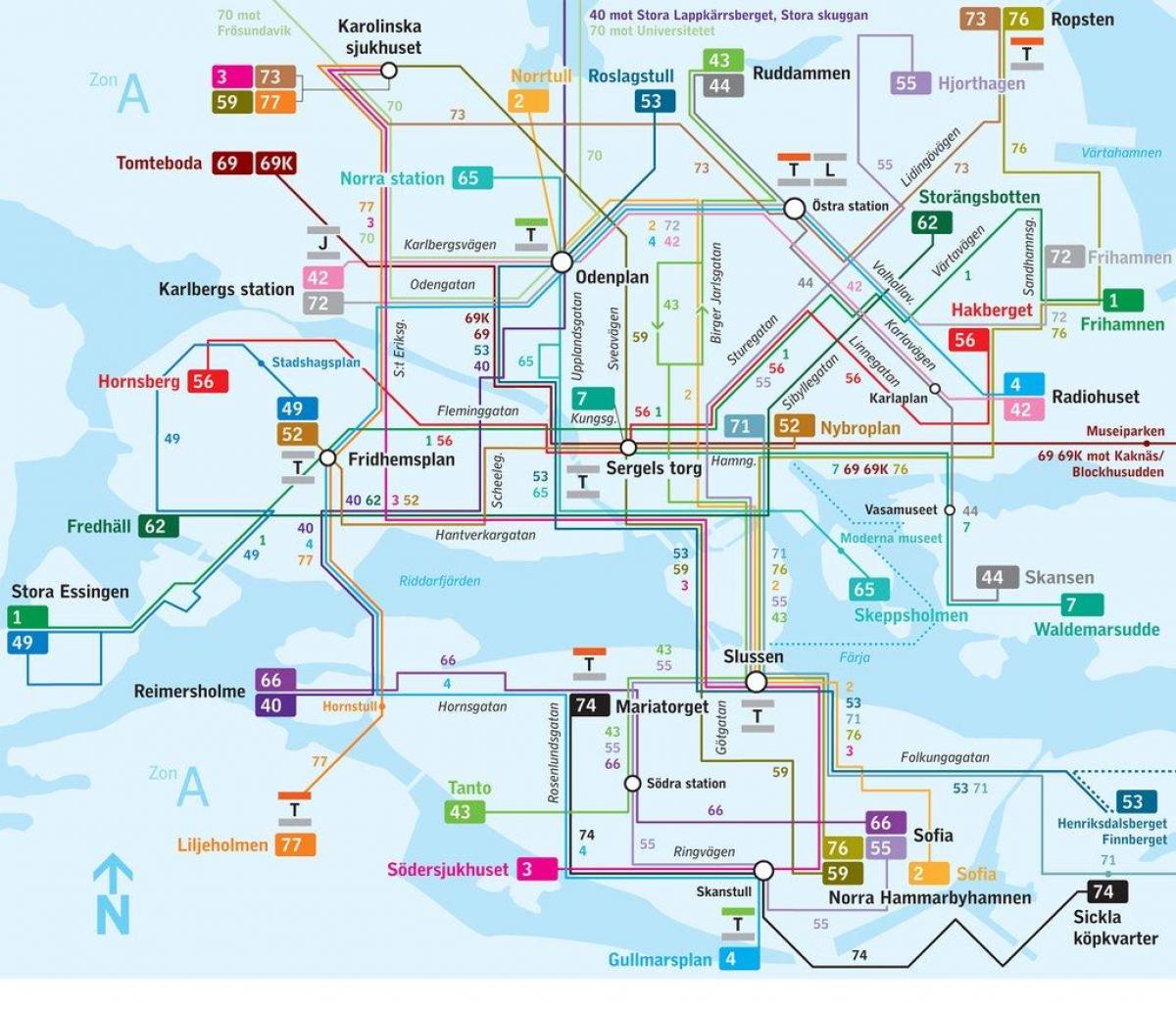 Bus network in Stockholm is trickier to navigate than the subway, and probably is not worth it if you are only visiting for a short period of time or are planning to do most of your travelling by day. However, busses are a great option if you need to travel after 1am during the week, when the subway is closed as its mentioned in Stockholm bus map.

Stockholm bus services are well-heated and are typically calm and safe. The key inner-city night bus route is Line 4 (which turns into Nightbus 94) between Radiohuset and Gullmarsplan as you can see in Stockholm bus map. SL cards are accepted on all busses. If you do not have a ticket, you can pay using the SL app; it costs 44 SEK for a 75-minute journey (compared to 31 SEK with an SL card).

Busses became popular in Stockholm from 1919. Now there are approximately 500 bus lines. The bus lines starting with a “1” run within the city centre. Blue buses numbered from 1 to 6 are express ones travelling along the edges of the centre as its shown in Stockholm bus map. Buses starting with 100 cover the western and southern suburbs of the Stockholm district. The blue buses in suburb areas connect subway stops with trains (pendeltåg); other buses are red.